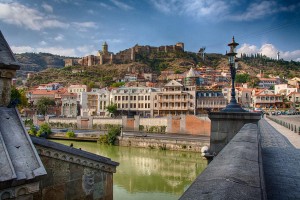 Day 1
Tbilisi – Mtskheta – Tbilisi
Transfer from the airport. Tbilisi, the name of the city comes from the word “warm”, ancient picturesque, cultural capital of Georgia, founded by Georgian King Vakhtang Gorgasali in IV century AD. Tour starts from visiting the marvelous  Trinity Cathedral of Georgia, ancient churches Sioni, Anchiskhati, Metekhi, it is the place where the city was built from. We will walk through the narrow streets of the old Tbilisi, observe the sulfur bath district and Narikala fortress. 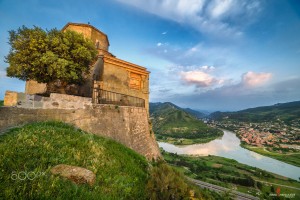 After observing the capital, we will move to Mtskheta city. Mtskheta – the city which is completely listed in UNESCO Heritage Sites. We will visit the Samtavro monastery, where the georgian christianity started from in IV century, Jvari monastery, which was described in famous russian writers Lermontovs poem “Where merge Aragva and her twin,
Kura, and fast rush onward, in Times past, a lonely cloister stood”.
We will finish this tour by visiting the symbol of united, complete and independent Georgia – Svetitskhoveli Cathedral. Getting back to Tbilisi